This project has been developed as part of the web residency program — Blowing the Whistle, Questioning Evidence - curated by Tatiana Bazzichelli for Solitude & ZKM.

Typically, a tracker is a piece of code placed within a particular website that allows to monitor and collect data on user behavior. For instance: a tracker can automatically know where a user is based, which computer they’re using, which sites have been visited before accessing a particular site, and which webpages will be accessed in the future – among other more detailed and personal information. The US is currently enforcing embargoes and sanctions against Cuba, Iran, North Korea, Sudan, Syria, and the Ukrainian region of Crimea. Thus, all transactions carried out with these countries are prohibited and heavily sanctioned by the US government. Nevertheless, Google trackers and other online services such as Google Fonts and so on, owned by the American IT giant, have been found within several websites owned by countries under US embargo. It is important to remember that these websites are stored inside hard disks placed in physical territories. Moreover, I recently found Google trackers within the official webpage of North Korea and tried to sell them Ebay as a .txt file. Even though the item was just an intangible piece of data – property of a US company – it was banned immediately by a Bot, another piece of code in charge of enforcing US policy. At this point the usually unacknowledged agency of code is undeniable. Therefore, "ALGORITHMS ALLOWED" unfolds as an ongoing investigation that reveals the many US tracking and online services embedded in websites representing US embargoed countries, thereby exposing the ambiguous relationship between code, public policy, geopolitics, economics, and power in the age of algorithmic governance. 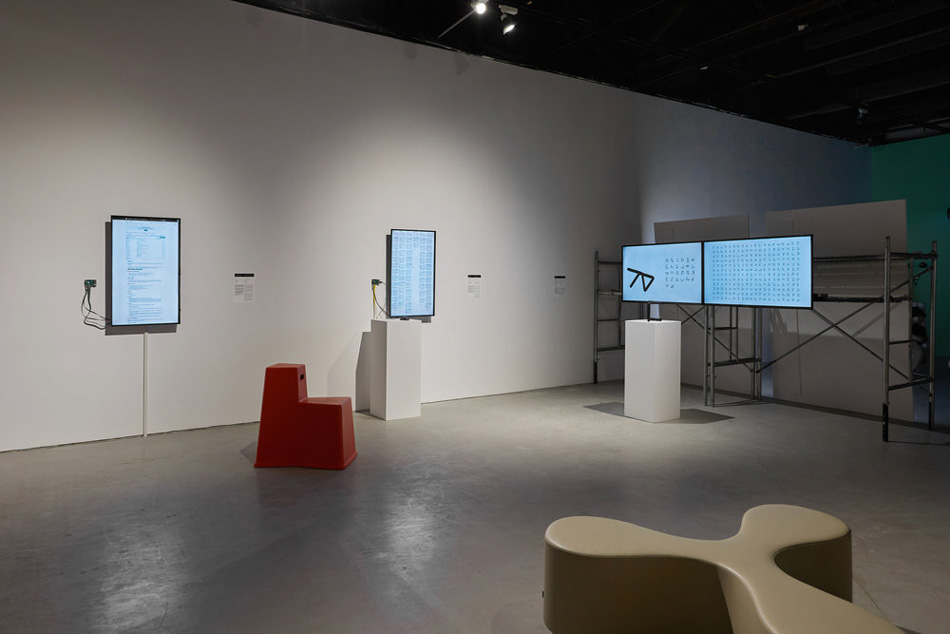 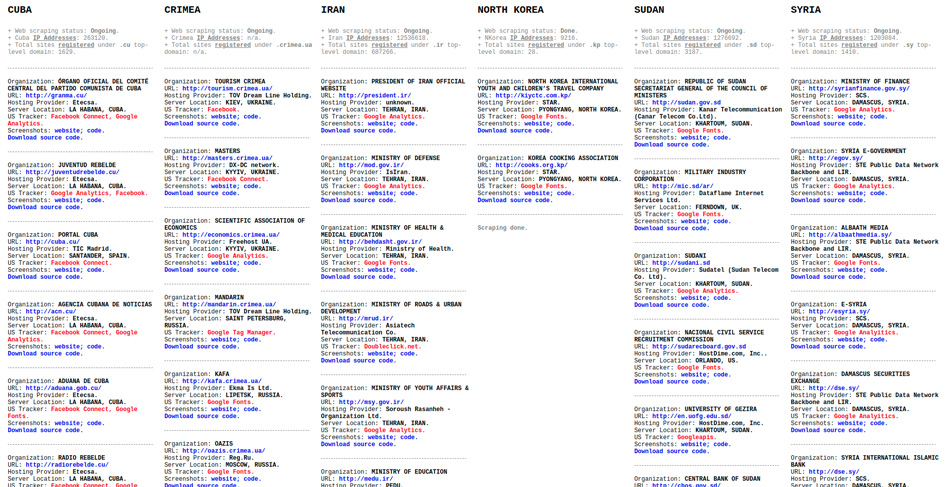 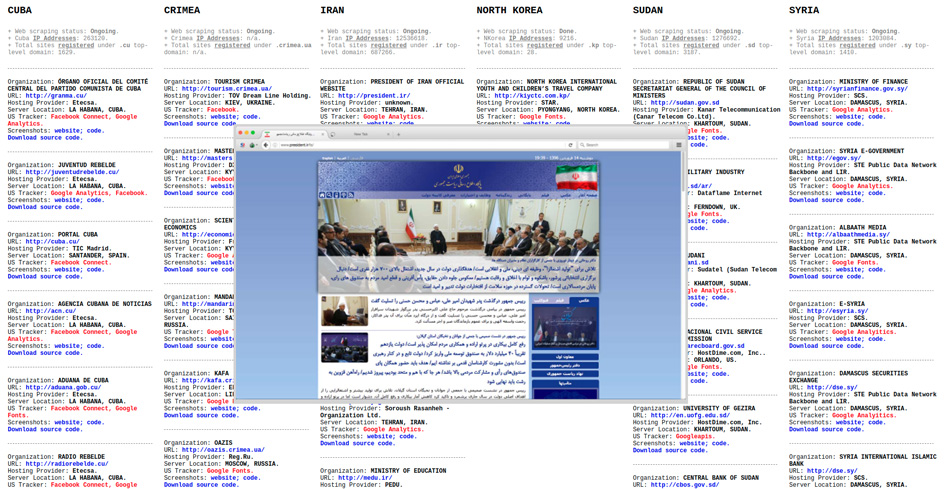 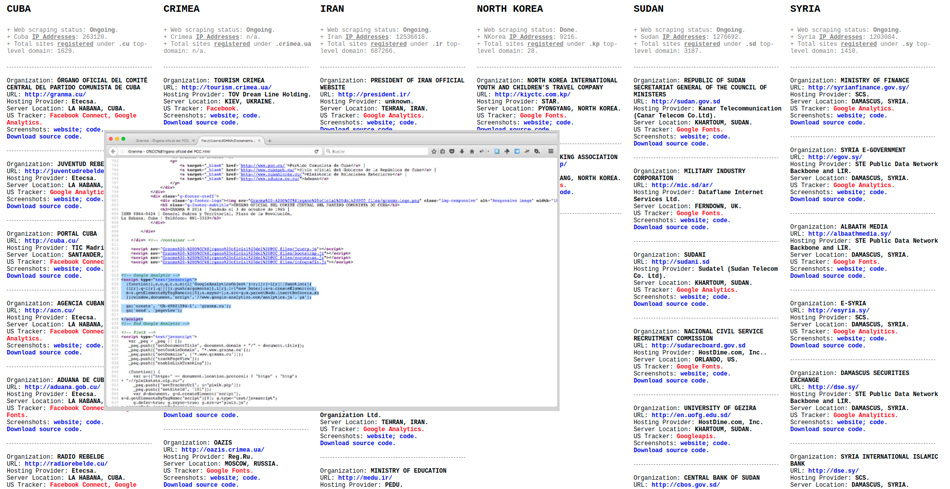